The ATF stands for the Bureau of Alcohol, Tobacco, Firearms, and Explosives – a federal law enforcement agency that aims to reduce crime related to the aforementioned categories. In terms of firearms, the ATF provides licenses to sellers, conducts firearms inspections, traces weapons, and works with other law enforcement agencies to help prevent any unlawful possession of firearms. 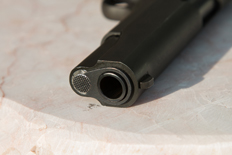 An important part of the ATF’s work is to enforce the NFA, or National Firearms Act, an act of Congress that was passed in 1934 and later amended slightly in 1968. The NFA is the largest piece of legislation which regulates firearms, specifically targeting the following: short-barreled rifles, short-barreled shotguns, machine guns, silencers, and suppressors, as well as two vague items: “destructive devices” and “any other weapon.” The NFA has been the subject of much debate but is still seen as the cornerstone of firearm regulation.

The Second Amendment guarantees the right for citizens to bear arms. As such, while these items are heavily regulated, they are still technically legal for American citizens to own, as long as they go through the proper channels. This means extensive paperwork, background checks, extra taxes, and specified waiting periods. However, depending on where you live, the odds of getting through some of these hoops may as well be zero. 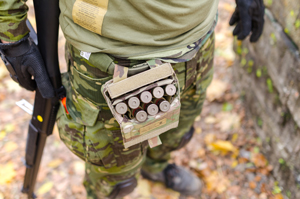 What the NFA Means

Most gun owners know what constitutes a machine gun, but if you’re unsure or a new collector, the NFA defines it as that can fire more than 1 cartridge per trigger pull. This includes both burst and full-auto features, and is dependent on the receiver component of the weapon.

Rifles with barrels under 16” long or an overall length of less than 26” are considered short-barreled. For a shotgun to be considered short-barreled, it must have a buttstock and have a barrel under 18” or a total length under 26”. The term ‘silencers’ covers anything that’s portable that reduces the noise of the firearm, and ‘destructive devices’ refers to poisonous gasses and other explosives.

These strict parameters lead otherwise qualified gun owners to go their own route in order to obtain or even create their own firearms, using 80% finished components in a DIY AR-15 build, for instance. Not to mention that some of the deliberately vague wording gives agencies such as the ATF the authority to determine what exactly constitutes a “destructive device” or “any other weapon.” The language is uncertain on purpose so that the NFA can be adapted to and evolve with the latest firearm technologies.

The Future of Gun Regulation

In recent years, there has been a major push for gun regulation, particularly from non-gun owners. There’s even been a split in gun owners stemming from the idea that, according to the Washington Post, a fair amount of owners say that they would be okay with universal background checks for gun purchases. They believe that, even though the process would be slow and frustrating, it would help to eliminate the negative reputation that has been attached to gun ownership and eventually make owning a gun easier.

It’s unclear whether or not the NFA will be changed in the future. For now, the reality is that even though it can be a pain to go through the process of getting a gun registered, the ATF is effective at tracing guns and the punishment for breaking the Act can be very severe. For many owners, the risk of getting caught is simply not worth the benefit of avoiding the process required by the NFA.